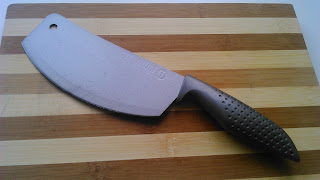 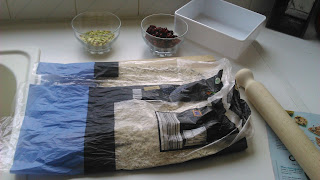 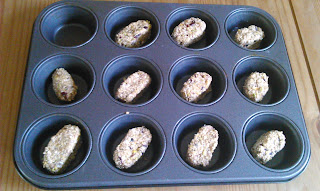 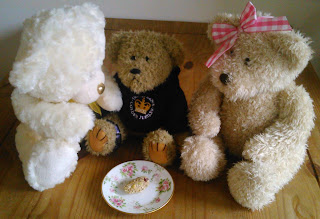 I noticed recently {well, for the last few months, actually} that the inside of my washing machine smells a bit musty.  This surprised me, as it's the only kitchen appliance that I use with any regularity or, indeed, competence.  {I do not class as 'kitchen appliances' any items that can reasonably be used in the bedroom, eg kettle or toaster.}  Also, since my previous washing machine died of the Black Death, I've been careful to dry the rubber bit inside the door after every use.  Although I still can't decide whether to use yards of kitchen roll {efficient, but extravagant with resources} or a cloth {re-useable, but pretty useless}.
So do I have to leave the door open now, when I'm not using the machine?  This goes against every instinct I have; I don't think my OCD could stand it, it's probably terrible feng shui and, as anyone who's ever kept cats will know, you don't leave the washing machine door open. {Or the toilet lid, but that's another story}.

Ok, so I don't have a cat, but what about mice?  How dreadful would it be to find a mouse spinning round in your knickers?

I know, I know, the chances of a mouse getting indoors, never mind climbing inside the washing machine, are rather remote... but then, I didn't ever think a bat could get in through my bedroom window.  I have decided for now to continue drying the rubber seal with a cloth, leave the door open very slightly, and give the drum a good manual spin before every use.  I think I shall use the dustpan brush to rotate the drum, just in case a mouse does drop out.  Or perhaps I should get a cat after all.

Another thing I'd noticed lately is that I could do with some new glasses.  I've had varifocals for some time but, since starting my new job, I've found them rather frustrating.  I work in a museum now, where information is displayed at every level, from next to the floor right up to somewhere above my head.  If I were to lie on the floor I could focus through the correct part of my lenses to read the lower texts, but it's too dark to see anything down there because of dim lighting to protect the artefacts.  Also, I don't want to trip up the visitors. 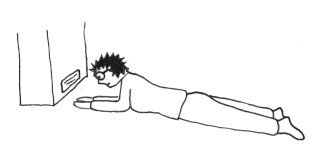 I can read the higher displays by standing on tiptoes and lifting my glasses so that I'm looking through the right bit.  In extreme cases I can manage by tipping my head back as well, but I don't think that gives a good impression either.
Since new varifocals are rather expensive and I don't really need glasses for just walking around, I thought I'd try some cheap reading glasses from Poundland.  {Unfortunately I had to ask the assistant to help me find them, rather proving that I do need them all the time.}  They'd have been ok if I could have dealt with constantly putting them on and off, but I have to carry a two-way radio and often a cleaning cloth as well, so that didn't work.  I tried keeping them on all the time and peering over the top, but that just made me dizzy.  Eventually I decided to give in and get new varifocals, but with a larger lens, which I was assured would help.  Thankfully, it does; I can now both walk and read reliably, but can't afford to go anywhere or buy any books.

Now that I can see properly, I realise that I can no longer put off buying a vacuum cleaner.  My old one stopped working rather suddenly when we were clearing up after I had my new bathroom fitted, and I rather think it ate something that disagreed with it.  I've managed without my own vacuum for nearly a year now, by borrowing one from my Beloved whenever I think I need to.  He's been quite happy to bring it round whenever I've asked {and sometimes even when I haven't} but it rather takes the spontaneity out of housework, which is actually the only way I'll ever do any.  If I don't deal with dust when I first see it, I get used to it and it never looks any worse.  Also, his vacuum is a large, heavy upright, which I struggle to just carry upstairs, never mind about hanging on to while I clean the stairs.
I have therefore decided on a lightweight, cordless model with a detachable hand-held bit for zapping hard to reach places.  Apparently the battery only lasts for twenty minutes before it has to be recharged, but who on earth wants to be vacuuming for more than twenty minutes?  Certainly not me!
Posted by Val Ross at 10:01 am No comments: